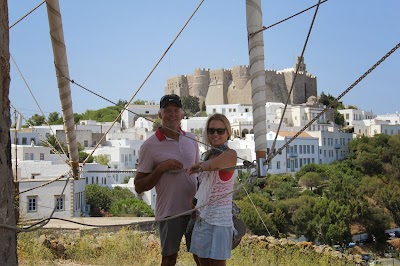 We docked at Skala (the main port of Patmos), after a 10 hour rough ride to Patmos Island in rolley 2 metre swells and 25 knots of wind! The poor Mel was very relieved to get to the end of this stretch! We were on a mission to see the island and to go all the way to the world heritage site in Kora. We rented two quad bikes and started our journey through Patmos, all along the coast and on to Kora (Chora as it is sometimes spelled).

The island of Patmos is one of the smallest inhabited islands in the Aegean and one of the northernmost islands of the Dodecanese archipelago. It is just off the west coast of Turkey and much closer to Turkey than to Greece.

The island is famous for its religious past: this is where Saint John wrote the last book of the New Testament : the Book of Revelation and unwittingly shaped the island! Patmos is often referred to as “The Jerusalem of the Aegean” for obvious reasons. 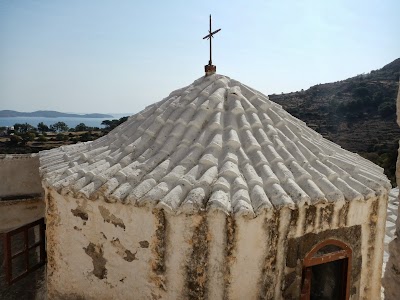 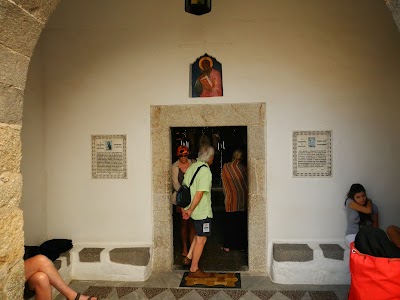 Saint John, was on Patmos when he was given (and recorded) a vision from Jesus. It was very moving to visit the very cave (the Cave of the Apocalypse), where he had this amazing experience! We attended a service (Communion) in the small church that is incorporated with the rock cave. An emotional moment that I will never forget. Just to be and walk, where these Biblical figures from my childhood Bible stories have been, was amazing! Suddenly these characters became real human beings to me and not only a character in a good story from the Bible! It is sad that it has happened this late in my life! It was such a privilege to experience and see it all! Having seen the view from where John must have sat so many days while in exile was pretty special. John was in exile as a result of anti-Christian persecution under the Roman emperor Domitian – Prophecy with political implications, like that expressed by John in the book of Revelation would have been perceived as a threat to Roman political power and order. It is quite clear where his inspiration was coming from. An astonishing sight across the bay and nearby islands and wonderful blue water must have been quite an inspiration for John too! (Why Patmos? Patmos is a very dry island and was known as an infertile island where not much would grow … and therefore was a perfect choice of the Romans to send him there.) 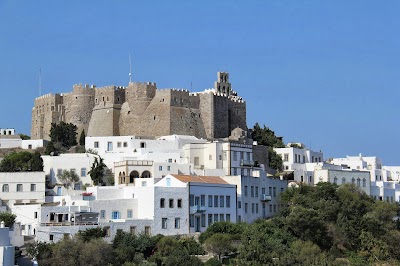 After the death of John of Patmos, around 100 AD, the Grand Royal Basilica was built in honour of Saint John (BC. 300-350 ) at the location where the Monastery of Saint John the Theologian stands today. The Monastery is such a wonderful place! Towering above the town of Hora on top of the hill it is dominating the island Patmos both physically and to a large extend socially too and can be seen from miles away on approaching the island by sea. The view from the Monastery is amazing – overlooking the town and bay of Skala and a few of the surrounding bays and islands… and the three beautiful restored windmills on a hill nearby! (We were lucky to see one of the three windmills in action, sails half open and turning with the breeze! A truly wonderful sight!)

Patmos was declared a Holy Island in 1983 by the Greek government. For many years now it has been an island of pilgrimage for Catholic and Orthodox Christians who come to the island to absorb the spiritual heritage, its beauty and serenity.

The Kora on Patmos, along with the Monastery of Saint John the Theologian and the Cave of the Apocalypse, were declared World Heritage Sites by UNESCO in 1999 and are all certainly worth a visit!

Pictures of Patmos Island includes places like Skala, Kora, The Monastery and a few of the bays around the island: